Jefferson modeled the Rotunda after the Pantheon, a second-century temple in Rome. Construction began in 1822 and was completed in 1828, two years after Jefferson’s death on July 4, 1826. Built at a cost of almost $60,000, it was the last structure to be finished on the Lawn. Together with Monticello, the Academical Village is designated as a UNESCO World Heritage site.

Historical Tours: Regular historical tours are offered at 11 a.m. every day during the academic year (except home football game days) and leave from the Rotunda's Lower East Oval Room. Tours are free of charge.

Student Study Hours: During fall and spring semesters the Rotunda is open to students for studying from 5 to 10 p.m. Sunday - Tuesday, and until midnight during exams.

This year’s theme for Lighting of the Lawn is Full Power. The past few years have presented us with many challenges at UVA, yet through it all our community has remained strong. This year, UVA is back to its full potential and there is a renewed energy of excitement that we can

END_OF_DOCUMENT_TOKEN_TO_BE_REPLACED

The Bigger Picture: Starry Night in the Rotunda

The Rotunda Dome over the weekend became the planetarium that University of Virginia founder Thomas Jefferson envisioned in his early plans, but never realized. It took modern digital technology to create the centuries-old night sky that visitors viewed in a special open house, while they

END_OF_DOCUMENT_TOKEN_TO_BE_REPLACED

The night sky is being recreated in the Rotunda’s Dome Room for a limited time, thanks to a trio of University of Virginia Ph.D. candidates – not from astronomy or computer science, but from the English department. 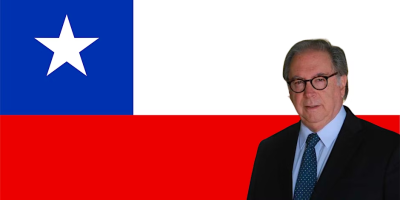 Join the UVA Center for Politics’ Global Perspectives on Democracy program for this Ambassador Series event with His Excellency Juan Gabriel Valdés, Ambassador of Chile to the United States.

University Guide Service
Office of Undergraduate Admission
Memorial to Enslaved Laborers
Jefferson Grounds Initiative
Visiting Grounds
UVA Today
This institution will be based on the illimitable freedom of the human mind. For here we are not afraid to follow truth wherever it may lead, nor to tolerate any error so long as reason is left free to combat it.
Thomas Jefferson, 1820